Force Majore: How Industry Can Win Audiences Off The Sofa and Back to Cinemas??

Force Majeure: How Industry Can Win Audiences Off of the Sofa Back to Cinema? 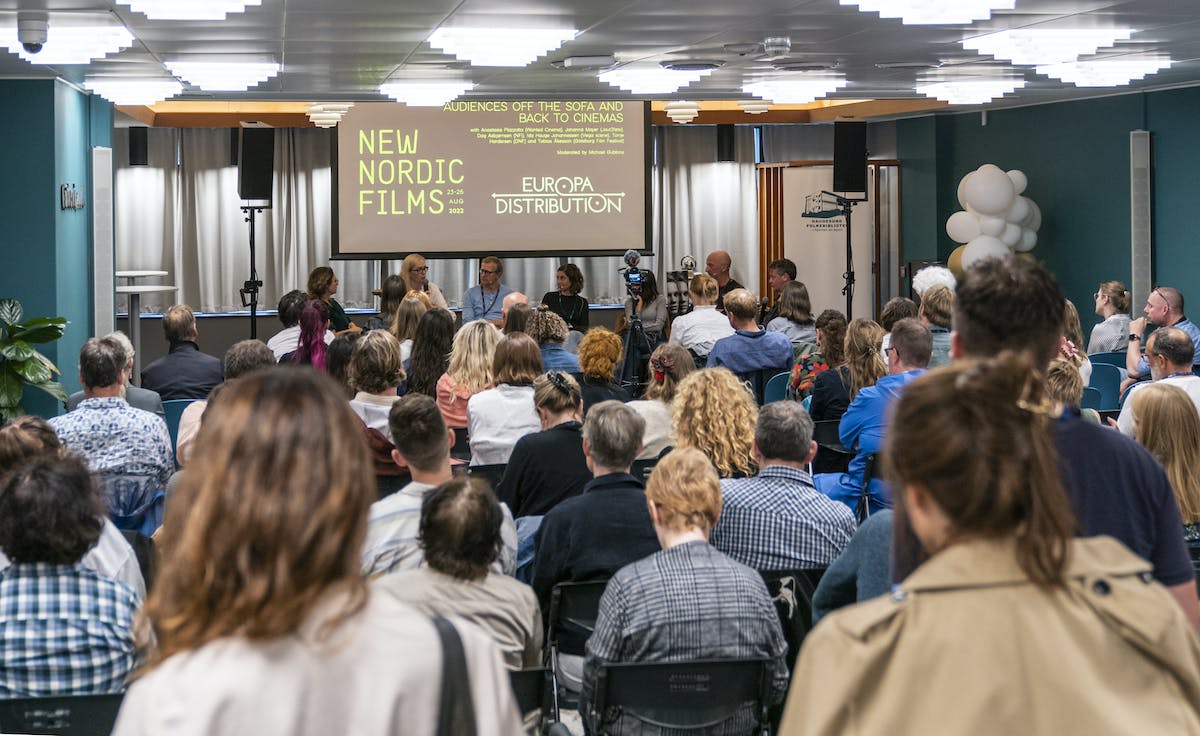 The disruption, lockdowns and overall impact COVID has had on the past few years seems to be over and the entire cultural sector now faces the same issue: audiences prefer to consume only attend the biggest shows and productions, while independent content is suffering. Attracting people back to cultural spaces has become a major challenge, for society as a whole as well as the film sector. The industry is trying to address this social challenge and, in this session, we will learn about new initiatives to win audiences back to the big screen to watch European stories.

This panel, organised in partnership with Europa Distribution, features representatives from key parts of the industry working directly with audiences: distributors, festivals and exhibitors; and a national film fund, who seek the most effective financial means to support film promotion and cultural diversity.

Dag Asbjørnsen is Head of Section International Relations at the Norwegian Film Institute (NO). He is cand philol in Film Studies from the University of Oslo, and has worked in teaching and research at university level. He is founder of the Films from the South festival in Oslo, has worked for the Ministry of Culture and at the European Commission in Brussels as a Policy Officer in film policy.

Tonje Hardersen is the festival director for the Norwegian Int. Film Festival Haugesund (NO). She majored in Film Studies at the Norwegian University of Science and Technology and has since worked for the Norwegian Federation of Film Societies and the distribution company Arthaus. She worked as Film Adviser at the industry organization Film & Kino where she supported distribution of quality children’s films in Norway as well as school cinema activities, and part time as a programmer at the festival in Haugesund, from 2003 – 2015. She was President of ECFA (The European Children’s Films Association) from 2007 – 2013.

Anastasia Plazzotta is CEO & Head of Acquisitions at Wanted Cinema (IT). She has been working in the film industry for 20 years, starting in Rome for a tv programme in RAI (national TV channel) and in Fandango, where she worked in documentary production. In 2005 she moved to Milano to work firstly in production and from 2009 as Head of Acquisitions and distribution for Feltrinelli Editore. In 2014 she founded Wanted Cinema, which now also its own digital platform and a small cinema for kids in Milan.

Johanna Mayer is Acquisitions & Programming, Jour2fête (FR) has been working in the film industry for 15 years, starting at Wild Bunch and then spending 8 years as Head of Acquisitions and Marketing at Pretty Pictures. After a few years in Production, she joined Jour2Fête 2 years ago, where she develops new distribution schemes as Head of the “special operations” department.

Jour2Fête’s line-up includes features and documentaries from all over the world, with a strong social impact and a very contemporary vision. We believe art can help shape the future and cinema has a huge part to play!

Ida Hauge Johannessen is Head of Marketing and Communication at Vega Scene (NO), a cinema/theatre in Oslo. Previously, she was Head of Marketing and Communication at Oslo Festival Agency (Stiftelsen Festivalkontoret) from 2013 – 2018 before she joined the Vega-team in May 2018. Ida has a master's degree in Visual Culture from Copenhagen University and a bachelor's degree in Culture and Communication from Roskilde University. Her thesis about Foreigners in Danish films (2012) reached the front pages in Danish media and she has done several lectures on the subject the following years. She also has experience with international film financing through working with Sørfond – The Norwegian South Film Fund.

Michael Gubbins is a journalist, analysis and consultant (UK) and a well-known international moderator of events and workshops in the film and media world. He has worked for more than a decade with leading industry bodies across Europe, including Europa Distribution, Europa Cinemas and CineRegio and he is a consulting member of Eurovod. He has worked extensively with Europa Cinemas and other bodies on building audiences at a time of changing demand, helping develop strategy and building schemes, such as Collaborate to Innovate. He has recently written reports on the impact of on-demand platforms and changing audience demand for FilmiVast, CineRegio and Eurovod. Gubbins was editor of titles, including Screen International and Screen Daily, and Music Week in a 25-year career in newspapers and magazines and is the former chair of the Ffilm Cymru Wales film fund.